Joined Jul 21, 2018
·
15 Posts
Hi When I do searches on this topic it is confusing - I would simply like to know what are the top five print on demand websites in order of their top visits, their popularity & the most profit any person can make from a sale. 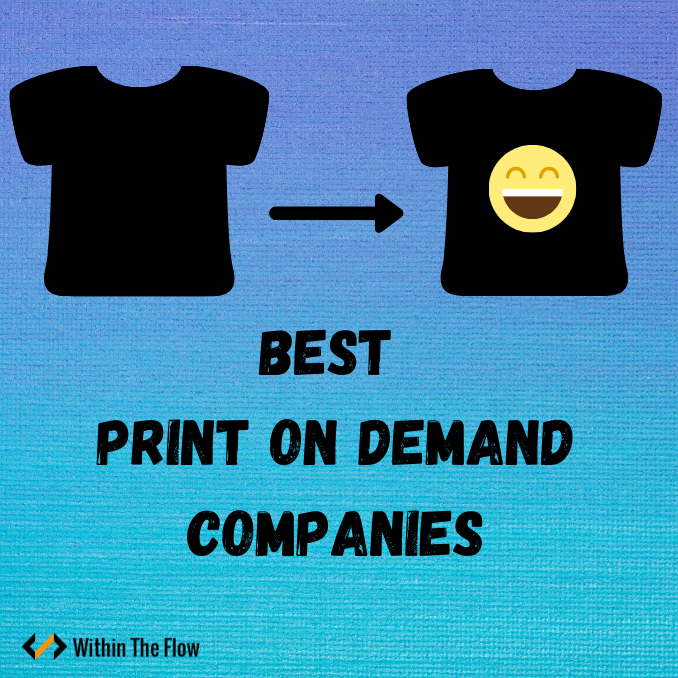 15 Best Print on Demand Companies to Make Money in 2021

Print on demand has been generating billions of dollars of revenue. To earn money from this industry, I have listed 15 best print on demand companies for you. 10 Print-On-Demand Companies for Selling Your Own Custom Products

Print on demand companies don't dictate what you can sell your items for. Your profit can be as much, or as little, as you want.

Joined Apr 4, 2011
·
3,426 Posts
I assume you are asking about online POD market places, like RedBubble. While you may think your question is simple, where would anyone get the actual data? There is no reason for companies to publish data that could help their competition, so most numbers your see are 3rd-party estimates based on financial reports required of publicly traded companies.

That said, the top spot is easy to name. Merch by Amazon is the largest and most profitable for sellers. But unlike the other such venues, you must apply and get accepted, and MBA enforces (by robot) a plethora of content restrictions, violation of which can get your account terminated. And you only get to list 10 items to start. Once you've had 10 sales, you can list 25 items ... rinse repeat. I'm at the 4,000 level, which is small potatoes now that the 100,000 tier exists. It can all be a bit insane, inane, and ulcer inducing. If you go this route, read the FAQ and Content Policy every day like a mantra ... and you will still get some listings rejected, because their Bot is dumb and cannot understand context. But you asked, and MBA is tops, bar none.

Redbubble is said to have the most overall sales of the companies that aren't Amazon, being about twice as large as TeePublic (which they bought a few years back). SpreadShirt is often mentioned after that. I have accounts with all three. I personally like TP best of these, but do about equally well on RB (it is just more of a pain in the behind to use). Some people say they do well on SS--myself I found my designs tend to conflict with their rules (not content so much as form factor and other stuff no one else has rules about), so never got past some exploratory uploads. Beyond those three, I don't bother.

Don't expect to get rich, though I know people who earn a full-time living from this. But they are working hard, and SMART. You can't just toss up another copy of a copy of a copy of some stupid meme. Well, you can, but then you do need 100,000 listings to make money. People with a strong interest and knowledge in the right sort of thing can do well if they can turn that passion into designs that will appeal to people with that interest. Last year my POD stuff was more or less on autopilot, so living on past glories, and netted about $6k. The year before that I made about that much from a single design. Passive income isn't. It takes work upfront, and lots of it, and you never know which bit of work will pay off, and which will be for nothing, and which will get you kicked off of Amazon forever.

To the other part of your question. On MBA you set the sale price for each listing, so have control over how much you make per sale. Well, to the extent that people are willing to pay what you want to charge. RedBubble has a default % they pay you for each type of item, and you can adjust that up/down which in turn changes the item's price ... it is a bass-ackwards way to implement pricing, but it gives you some control. However, RB's cut keeps getting bigger as you raise the price, so it is harder to get to a good payout at a reasonable price than with MBA. TP pays you a fixed $ amount per item, and they have frequent sales promotions that cut your payout in half.

All of them are making more money than you on the deal, but it's their platform, their customers, and they do all the work of printing and shipping.

Give it a whirl and see how it goes. But don't quit your day job--and/or move out of mom's basement just yet ;-)